A few days ago I took a couple of our  guests, Seppo & Anita, on a little trip around the island.  They’ve stayed with us a few times but never made it away from the west coast of the island.  Last time they were here I convinced them to go to the east coast but the day before they planned to go they had an accident on their scooter and so that was the end of their exploring during that trip.  This time we played it safe and I promised to take them around to see a few of the sights that they have missed.

There are just a few photos I took on my phone from Klong Son, in the north east of the island, down to Salakphet and Long Beach.  We didn’t explore in depth just had a leisurely look around with a stop for coffee at Parama Resort and rounded the trip off with a very nice , very late lunch at Salakphet Seafood.

Get on your scooter or hire a car for a day and ‘Go East’.  You won’t regret it. 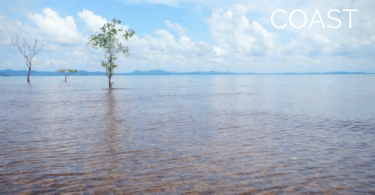