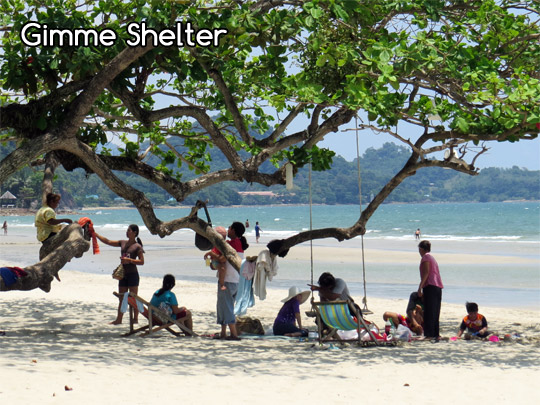 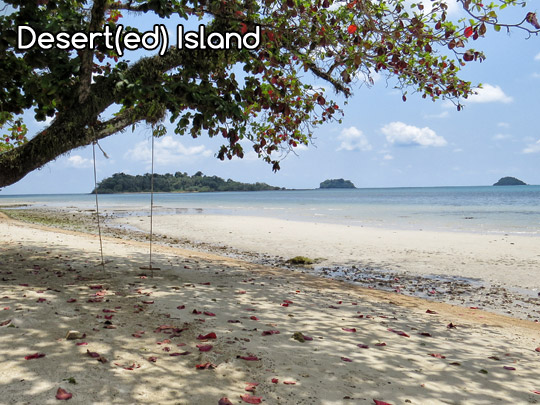 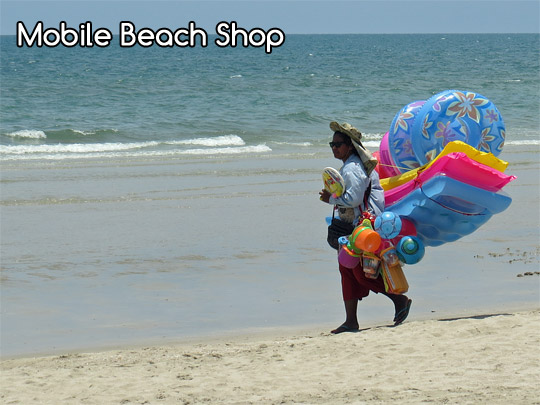 Beach Life.  It’s one of the best times of year to be on the island.  Anyone who visited over Christmas and New Year won’t have seen the beaches like they are now – devoid of people and far wider, due to the lower tides, than during peak season.  The temperatures are in the mid 30s, there’s a cooling sea breeze blowing and even White Sand beach is a nice place to be right now.  These photos all taken in the past few days.

As the High Season ends the weather on the island is excellent at the moment.  Hardly any rain, hot temperatures, blue skies and not a great deal of people.  At this time of year there can often be isolated showers as clouds gather over the hills and the heavens open for a few minutes.  If you’re out on a scooter it’s easy to pull over and shelter for a few minutes.  But this is also the time when many accidents occur, the roads get incredibly slippery  and at times it’s like driving on an ice rink.   An example of this, a couple of weeks ago I drove back to Bangkok, on the whole it was a hot & sunny day but there were stretches when it clouded over and the rain came down heavily onto bone dry roads for a few minutes.  I saw eight accidents.  These included two at the same set of traffic lights when cars rear ended each other as they couldn’t brake in time, a couple of trucks off the road.  a pick up truck hitting traffic lights, another pick up in a ditch and to top it off an 18 wheeler jack-knifed and blocked all the traffic coming off the motorway out of Bangkok causing a few kilomteres of tailbacks.  All this in the space of about 2 hours driving time on one day.   Take care.  ( An example from yesterday on Koh Chang. Just a little rain and a car flips over.)

Thanks to Josh, who stayed at our place, for this view of the river outside Baan Rim Nam at night

Songkran is over for another year,  which is unusual as normally Koh Chang has a ‘Songkran 2’ celebration for all the locals and workers who were too busy working during the real Songkran.  However, this year, due to lack of funds, it isn’t going to happen, which is a pity.  A few photos from the water throwing festivities below,  a lot more Songkran photos here.

Here’s an interesting find.  Anyone know anything about homemade diving helmets?  This is on display at the interesting little museum at Salakphet temple, no information about where it came form or what it was used for.

Private speedboat charter trips from Koh Chang When you visit Koh Chang you will find that there are a wide variety of snorkelling tours and boat tours on offer.   You want clear water, white...read more...