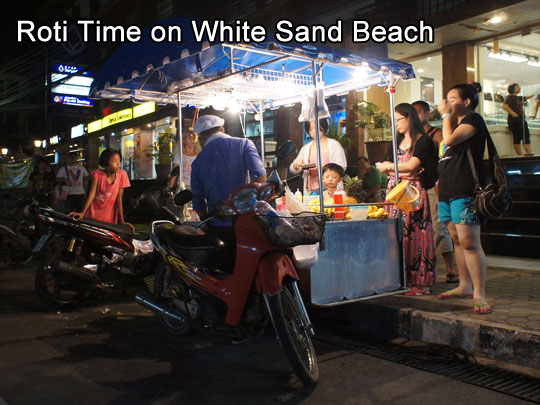 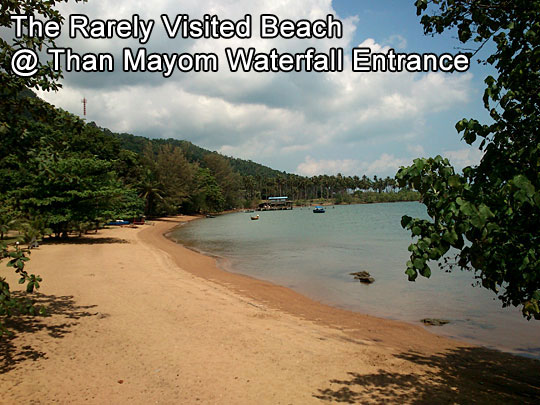 Last update I mentioned I’d seen dolphins off Koh Mak & Koh Rayang and it seems that there are definitely more in the area at the moment as a couple of dead ones were found in Klong Son and others, still alive, spotted very close to Centrepoint Ferry pier on the mainland.   Fishermen have been warned that they aren’t supposed to catch dolphins but some, such as those found in Klong Son, still die from being caught up in their nets. A couple of years ago during the rainy season dolphin bodies were regularly being washed up along the coast on Koh Chang and also the mainland. ( Some photos of one I found – not a pretty sight as it had been butchered by fishermen   ) Pics below of the dolphins near Centrepoint Ferry come from Khao Sod newspaper and the dead dolphin being taken off the beach is from the Koh Chang Rescue organisation:

Went to see Conny at Garden Lodge in Klong Son recently, another interesting person to talk to as she has been living on the island since 1990 and has seen how development and the money it brings to locals has changed the island and islanders, not necessarily for he better.   Her 5 room homestay still gets regular guests who return year on year for a few days peace and quiet. And now she is also building some spacious longstay bungalows each with its own private garden area.   For more info check out Garden Lodge Website ( it is in German but Google Translate is your friend   – learn to love it. )

A week or so ago, I decided to take a bike ride down the east coast of the island – something I hadn’t done before.   It’s a nice ride, very little traffic, plenty of things to see on the way and easy to stop for water or a snack. Rent   a bicycle, chuck it on a pick up truck taxi, get off at Ao Sapporot ferry pier and away you go.   A couple of photos below and some more plus a bit more info on cycling here on the East Coast by Bicycle page.

The fact that development creates garbage which in turn needs to be collected and disposed of continues to be a concept that eludes the local authorities who seem to be oblivious to the problem. Unfortunately for them, more tourists are noticing and every few days I receive a photo someone has taken of garbage by the beach or outside their hotel; or an email from someone wanting to know why nothing is being done about it. An example I got via Facebook   from last week:

I am a big fan of travelling, Asia, Thailand and Koh Chang and of course your website. At the moment I am staying on the island for the fourth time, knowing quieter times of it I am still loving the island, but there is a huge downside, which I do not understand at all.

The beauty of the island is in extreme danger caused by all the rubbish which is just to be found everywhere. I cannot understand why in a claimed national park with park officers and all that stuff people have apparently no awareness of dealing with rubbish. Speaking of an pristine island on the one hand and just dumping all the rubbish on the other hand does not work for me at all. Today for example I went to Bang Bao, fighted the heat and went up the pier to the little light house. I wanted to get up but was so shocked when I entered it. Rubbish, broken doors and not to mention the smell…(It was really sad picture as I could well imagine that building it did cost time, effort and a lot of money).

The officials seem to do nothing to improve the situation or educate people towards being more responsible for their place.I got the impression that this island is being exploited in a most careless way. Do you know, why locals just do not care?

It is so sad, that people who are here for the first time (and not knowing the the hidden gems) are being scared off and not coming back. I am hearing this so often when talking to others. I am really afraid that this island will turn into a run down, shabby and cheap place very popular with a certain kind of holiday makers neither you or me would like to meet in restaurants or on the beaches.

More positively, there does seem to be more birdlife around now that the microlights have stopped flying.   For the first time in a few years we are seeing Kingfishers on the river outside the house regularly. Great to see them flying low over the water, aquamarine wings glistening in the sunshine. And then they land and spoil the quiet by making a real racket – they are exceptionally annoying when they open their beaks.

On Lonely Beach the area’s most upscale bar has recently changed hands.   ‘We Bar’ is now simply ‘Q’, Alex the new owner & Gary the resident DJ have made some improvements to the place including making the DJ area and dance floor more accessible and visible.   But the concept of quality food, quality cocktails and most importantly quality music remains.   Whilst pretty much every other DJ in Lonely Beach is playing the same type of poptastic dance stuff you’re already familiar with, Gary will   lead you on a tour of the latest sounds from the underground.   The big party night is Thursday, so go along and have your musical horizons expanded. More Info on Q Facebook

Cute baby photo of little Sascha, who’s been voted by readers of   a popular baby magazine in Thailand as one of the Top 20 babies in the country.   Next step is more photos and then judges will choose the Top 10.   Stay tuned to see if Koh Chang will represented or not in the Grand Final. Her brother Pim ( a.k.a. The Ugly Twin ) didn’t make the grade.

Finally, business offer of the week.   Can you tell wool from polyester? If so, have you ever considered tailoring for a living? No? Well, you probably have subconsciously at some point in a previous life, so why not give up everything you have at home and head to Koh Chang to take over a well known tailor’s shop on White Sand beach? Contact Mohan at < theeurocollection@live.com > for more details of this great opportunity. He needs to return home so would like to find a buyer before Thai New Year in mid April.

Klong Son is the village in the north of the island near the ferry piers.  Most visitors to the island will pass through it as they head to the beaches on the west coast. However it is a very...read more... 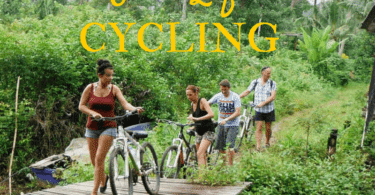