Back in May there was an announcement  ( in Thai ) for a day cycling tour in Dan Mai on the east coast of the island. I was away in bangkok so didn’t bother going and judging by the total lack of any mention of it on the internet, I guess many other people didn’t bother to go as well.

However, it looks like the locals didn’t let this total lack of interest deter them and they are now putting together a ‘Dan Mai Bike Route’   in keeping with tradition, any information about this is on a need to know basis.  And if you don’t happen to be in the village and stumble across one of the signs or manage to find the only map of the route ( on the back wall of the Chinese shrine )  then you’ll never know it exists.

Another thing you might need is a bicycle and again, as far as I could see, there were no ‘Bicycle For Rent’ signs up anywhere on the main road or in the old village area by the sea.  On the plus side, it dopes look like more signs will be going up.  I noticed a few freshly painted signboards being prepared and , whilst the mini-tour won’t be something you’ll be telling your Grandchildren about in years to come, it is a pleasant way to spend an hour.

The highlights are the Chinese Shrine, which was renovated a couple of years ago but dates from 100 years ago; an old fish sauce factory – a reminder of Dan Mai’s glory days; the wild boar enclosure and last, but by far the most interesting, the ‘Museum of Old Magazines’.  This is an elderly local guy’s collection, housed in the only airconditioned concrete room in his house.  Thousands of books, magazines, trading cards all dating from 1960’s onwards plus VCds and DVDs of Thai movies from the same period.  The highlight being a large number of magazines featuring Thailand’s Miss Universe winner from 1965.  He’s happy to give people a quick tour for free, but apart from “Sorry, no speak English” he doesn’t speak any English.  He also has a small collection of metal cigarette boxes from 1920’s onwards.

If you are heading down the east coast, do a detour and check out some of the sights in Dan Mai.  No need for a bicycle, a scooter will do the job fine. 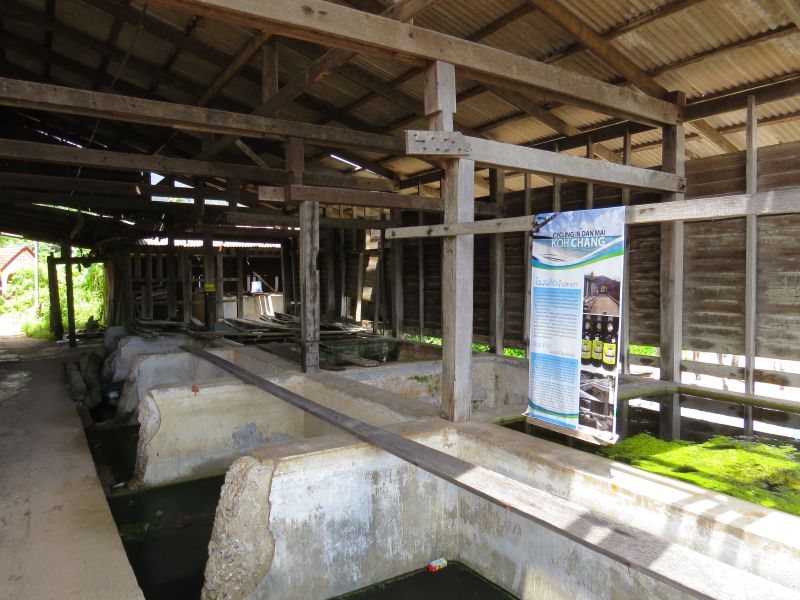 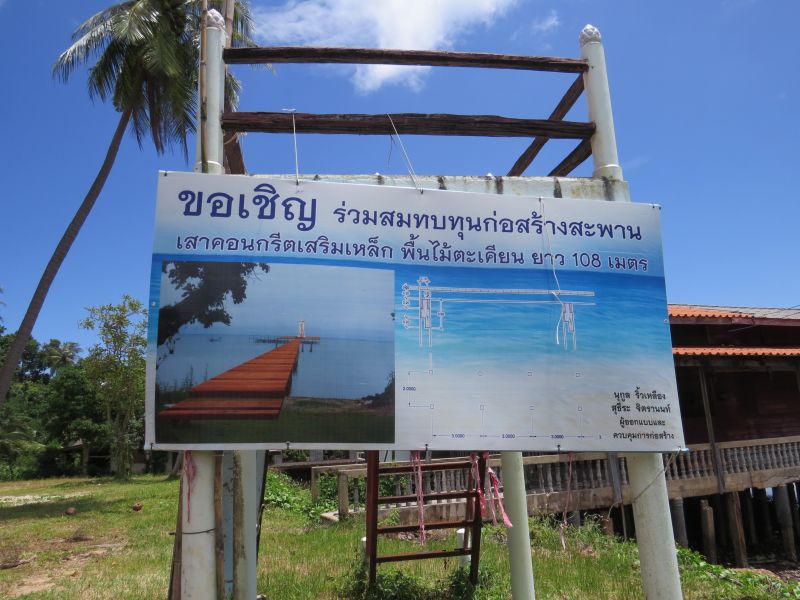