These photos are taken in Salakphet village, Salakkok and Khiripet waterfall in early January.Â  This corner of the island doesn’t see many visitors but it worth heading to if you want to see the ‘non-touristy’ side to Koh Chang.

At the beginning of this month I found myself in the southeast of the island 3-4 times.   So here are a few photos of the area which is much less developed than the west of the island.   A road linking this part of the island to the south west was started but construction halted about 4 years ago.

Apparently as the road passes through the National Park, Cabinet level approval is needed for it to go ahead. But before too long, another 3-4 years, visitors may be able to easily take a tour around the island to see this area.   Which probably means this area will become spoilt too. 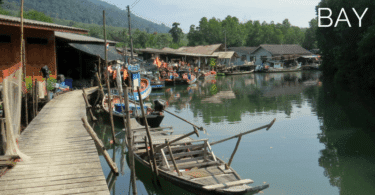