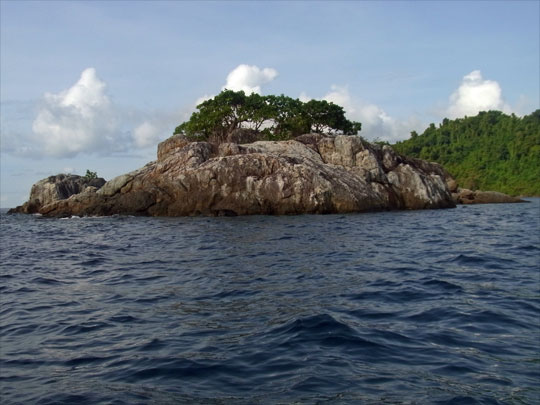 Another island that goes by to names, according to most maps and dive sites then this is Koh Laun, ‘Laun’ meaning ‘bald’ – probably referring the the lack of vegetation on the island, it is mostly bare rock.   But the National Park know it as ‘Koh Yak Lek’ the smaller sister island of the nearby Koh Yak. The boats tend to moor to the southwest of the island but during busy times the small island can be ringed by tour boats as most boats visit the same islands in the same order, rather than staggering their visits.

Worth Visiting? Yes.   Some excellent snorkelling around the island.

Koh Chang Snorkelling Guide Snorkelling is one of the most popular activities for visitors to Koh Chang.  The best snorkelling sites rival those you’ll find in the south of Thailand...read more...