Home » Blog » Colors of the Day in Thailand 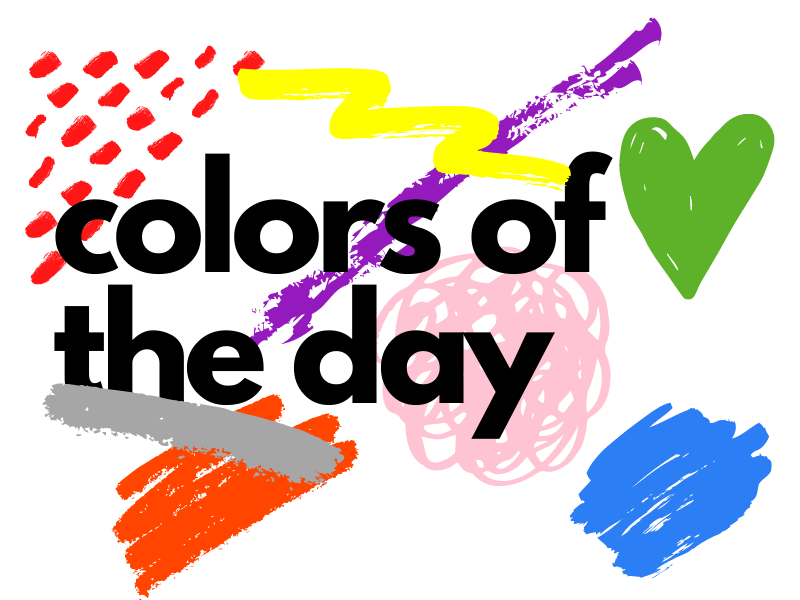 In Thailand, Every Day of the Week Has Its Own Color

In the past Thai people often used to dress in the color of the respective day.  However, that tradition has fallen out of favor nowadays.  But all Thais will know which corresponds to which day of the week.

However, the day of the week people are born is still important.  And the color of that day will be their lucky one.

The Origins of the Day’s Color

The Thai week is 7 days long and begins on a Sunday and ends on Saturday. The same as in most western countries.

And the days of the week are names after ancient Hindu astrological influences.  This is also similar to the English names for days of the week, which were named after planets and ancient gods.

However, one big difference is that in Thai culture each planet has a deity that protects that day. And each deity has their own color.

That’s not the case in Thailand.  Ask any Thai and they’ll know the day of the week they were born on.

This is important as temples will usually have different Buddha statues for the different days of the week.  As, in the Life of the Buddha, certain events are thought to have taken place on certain days. So you need to know which statue to make an offering to.  That’s in addition to knowing which is your lucky, day of the week color.

The Days of the Week and Their Planets and Gods

The specific color of each day depends on the planet of the day the god who’s protecting it.  Discover your deity below.

(Wikipedia has you covered if you need more information on the specific ancient Hindu gods.  And Yes, just to add to your confusion, Wednesday does have two gods.  It also has two different Buddha statues associated with the day. And of course, two different colors.)

The Days and their Lucky (and Unlucky) Colors

The days of the week not only have their own associated ‘lucky’ color.  But also one, or two, colors that are deemed to be bad luck.

So if you need to impress an older Thai, then knowing the colors of the week or wearing a shirt the color of that day of the week will go down well with them.

This little bit of cultural knowledge can also help with job interviews, for example, for anyone wanting to teach in Thailand.  Wearing something with the color of the day on it will go down well with Thai teaching staff and interviewers.  As it’s a signal that you have taken time to learn about Thai culture. And that will set you apart from most other applicants.

Why Do Thai People Wear Yellow on Certain Dates?

Government officials and many Thais will wear yellow on royal occasions. Likewise, when Thais are doing good deeds to benefit their neighborhood or the nation, they will often choose to wear yellow.  As a mark of respect to the late King Rama IX who worked tirelessly to improve the country for his subjects.  Yellow is inextricably linked with his good deeds.

Royal flags are also in the color of the day of the week of the member of royalty. Queen Suthida’s flag is purple. HM the Queen Mother’s flag is blue.

That tournament ended on a Sunday, as do virtually all golf tournaments.  Sunday’s color is red. :-)