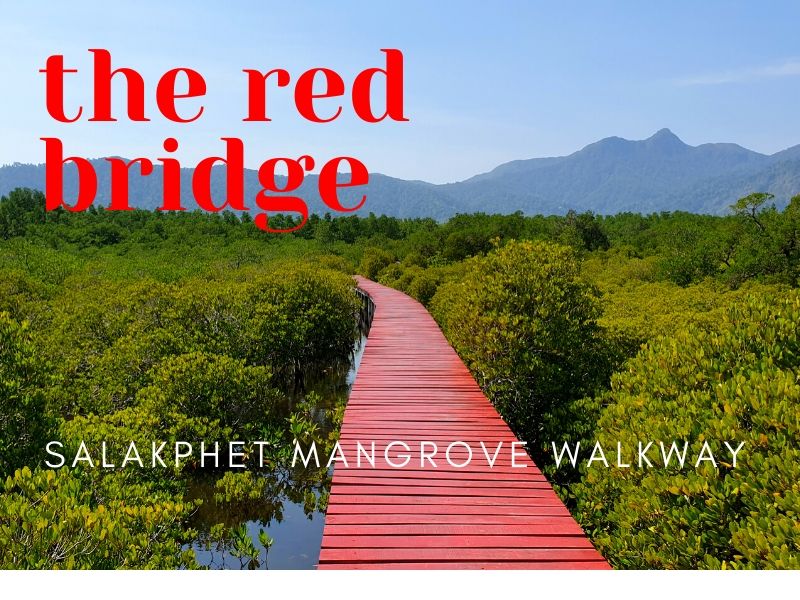 One of my favourite spots on the island is the way down in the south-east in Salakphet.  Back in 2006 the authorities had the idea to build a walkway through the mangroves so that visitors could see a part of the island that is usually inaccessible.  ‘Miss Thailand’ contestants visited and planted mangroves.  Tourism big wigs were photographed saving the planet with cute girls and it was awesome.

However there was some good news a few years ago.  The entire walkway was rebuilt in concrete and an additional section added.  Plus a small office and toilet block was built at the entrance.   And for a while visitors to the walkway enjoyed it once more.  Despite the office never being staffed and the toilet block not having any water.

After a couple of years it began to deteriorate, as no maintenance was every done.  And so after a few people had fallen through holes or off the edge of it, it was decided to close it and fix it properly. And in late 2019 it re-opened.  Again. Looking better than ever.  The toilets are still closed and the office has been refurbished but is still unmanned.  But the views from the rust red walkway, which weaves around mangroves and leads visitors on a 500 metre walk to the head of the bay are stunning.

The highlight for me is the halfway point where you are greeted by a 360 degree ‘sea of green’ with views across the mangroves to hills in the distance, with barely any traces of civilization or development in sight.

The walkway has also been re-named the ‘Red Bridge’ and signs have been placed roadside on the east coast of the island so that it’s now easy to find.  Likewise, in order to help visitors access the walkway, the track leading to it has been concreted, making it easy to drive.  However the parking area is small.  A new coffeeshop is also under construction by the large fish pond adjacent to the entrance.  Dotted along the walkway are signs, all in Thai, explaining a bit about the habitat, which types of mangroves you can see and also the fauna that lives there.

You may have already seen the concrete disaster that is Salakkok Mangrove Walkway. Fortunately, the guys who built that didn’t build this walkway.

It is located in the south east of Koh Chang, you’ll see signs pointing you in the right direction from the ferry piers onwards. But these peter out just when you need the i.e. in the last 2km.
Drive through Salakphet temple, take the first turning on the left, over a wooden bridge and along a narrow paved road.

At the end of the paved road, follow the track around to the   left,   just follow the concrete poles carrying electric cables along the dirt track. Head past a shack on the right and then you’ll see disused fish farming pools on the left with a mountain backdrop. Another 400 meters further on and you’ll reach the end of the dirt road and the start of the walkway. Here’s you’ll see two small concrete buildings – a toilet and what looks like it could one day be a ticket office or information booth. But now currently totally empty. 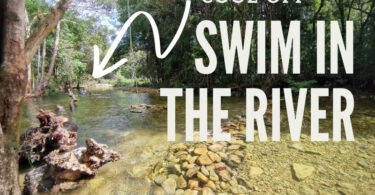 Here’s an activity that can only be done during the rainy season.  As it involves swimming in a river.  The rivers on Koh Chang are pretty much dry from November through until April...read more... 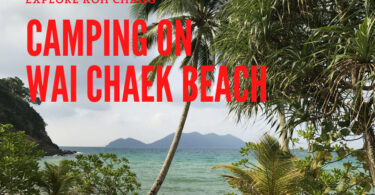 Feeling Adventurous?  Pitch Your Tent on a Deserted Beach on Koh Chang I’ve been to Wai Chaek many times but never spent the night there, let alone foraged for food fished for my dinner...read more...

Want to Escape the Crowds?